The TW3340/TW3342 (TW3370/TW3372) is a high Gain (40dB) GNSS antenna covering the GPS L1, GLONASS L1 and SBAS (WAAS, EGNOS & MSAS) frequency band (1575 to 1606 MHz). It features a patch element with 40% wider bandwidth than previously available in this format. Unlike its competitors, both GPS-L1 and GLONASS signals are included in the 1dB received power bandwidth.

The TW3340/TW3342 (TW3370/TW3372)has a three stage Low Noise Amplifier with a mid-section SAW. A tight pre-filter is available with the TW3372 to protect against saturation by high level sub-harmonics and L-Band signals making it particularly suitable for timing applications.

Tallysman has rationalized its part number system. No changes have been made to the mechanical or electrical properties of these products.  Where administratively possible, please use new Part Numbers: TW3340/TW3342,instead of TW3370/TW3372. 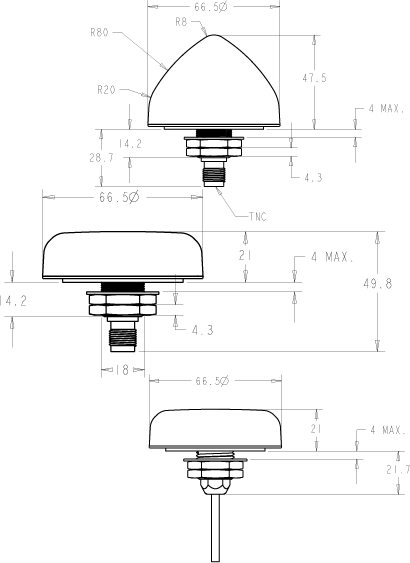